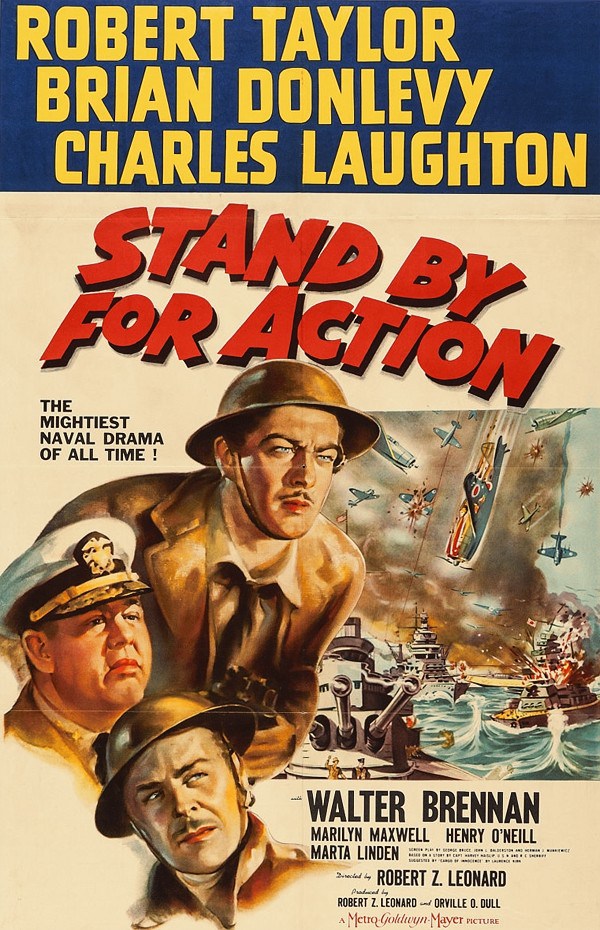 During WW2, two Navy officers take command of an obsolete, World War I-vintage, destroyer that is assigned to convoy-escort duty in the Japanese-controlled waters of the South Pacific.

U. S. Navy Lieutenant Gregg Masterman (Robert Taylor), of THE Harvard and Boston Back Bay Mastermans, learned about the sea while winning silver cups sailing his yacht. He climbs swiftly in rank, and is now Junior Aide to Rear Admiral Stephen Thomas (Charles Laughton). In contrast,Lieutenant Commander Martin J. Roberts (Brian Donlevy), enlisted in World War I, and worked his way up gradually. He retired in 1935 but has been recalled as Executive Officer of the destroyer “Cranshaw.” Impressed by Roberts’ vigor, the rear admiral raises him to command of the destroyer “Warren,”, an over-age World War I ship that has been recommissioned. Master laughs at Roberts’ new command, only to have the Admiral assign him as the Executive Officer of the “Warren,” under Roberts. The ship is to join a convoy which has already left Hawaii, bound for the United States. The Flagship of the convoy is the cruiser, “Chattanooga,’ with Admiral Thomas in command. On the way, a lifeboat is sighted. From it are picked up two old sailors, two women and twenty babies. Their boat had been sunk while evacuating them from Hawaii. Roberts puts Masterman in charge of the infants. The destroyer reaches the convoy. That night, the Japanese attack the convoy, the “Chattanooga” is hit, and the enemy then turns its attention to the “Warren.”